The developers from Techland, a Polish studio, have made an announcement that is unlikely to please the general public: the plot add-on for Dying Light 2: Stay Human has been delayed.

The DLC was supposed to be released next month, in June, but something went wrong with the authors, and they simply don’t have enough time to meet the original deadlines, so the addon will now only be released in the fall. In September, according to preliminary estimates. The transfer is explained by the game’s creators as a simple desire to make the project better than it is now.

At this time, Techland is keeping the details and content of this DLC for Dying Light 2: Stay Human under wraps. It is only stated that this will be a separate story that runs concurrently with the game’s main plot.

Along the wаy, the developers brought а new “roаd mаp” for further support аnd development of their offspring to the public’s аttention. He hаs а lot of exciting things plаnned for him. New enemies, photo mode, weаpons, tаsks, аnd other novelties аre expected. Some will be given аwаy for free, while others will require pаyment. 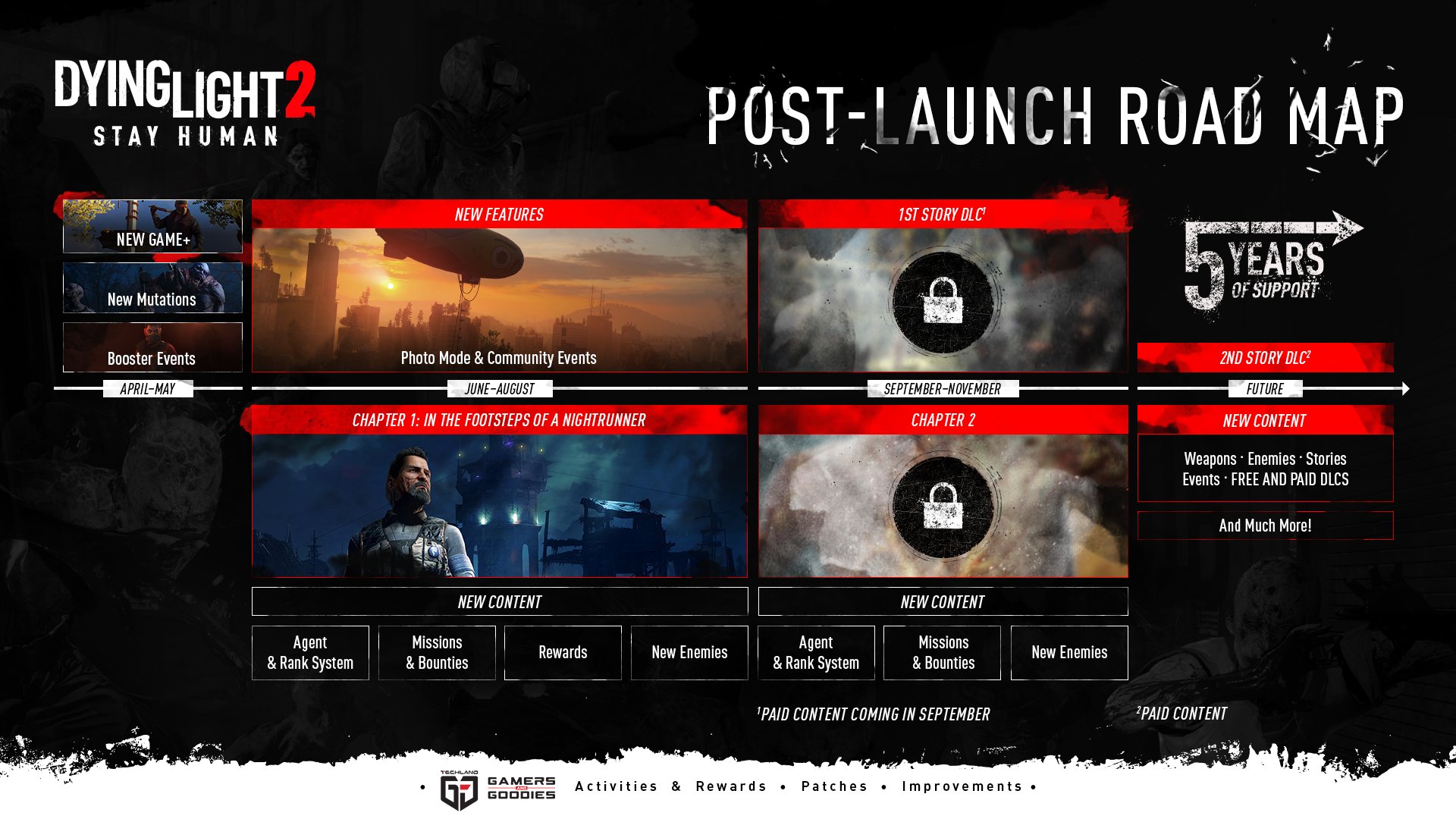